How to DOMINATE Periscope by COPYING these 18 Techniques

Some of you may have noticed that recently, I started doing live streams (or scopes) on Periscope.

It’s basically an app for either Android or iPhone that allows people to stream live via mobile, or to watch other people’s streams. It’s looking to be the next big thing, and you can look forward to more content from me on this platform in time to come.

Let me rephrase that. Periscope is not the next big thing. It is the big thing. There’s a reason why Twitter bought it over for this amount:

For those of you who may be interested in learning how to get really big on Periscope or understanding how it works, and how you can use it as a completely new source of traffic, marketing and positioning, I thought I’d share these 18 techniques that have been working well for me in my past few streams.

So, here’s 18 simple ways to be a top Periscoper:

#1 – Broadcast and inform your audience when going live

I know this is pretty basic, but it’s very important: You need to inform your audience when you will be going live or streaming.

This feature is also available in Periscope itself, and it will allow you to maximize your Twitter followers and the people who currently follow you.

The title that you set as your scope title is very important.

Why? Because every day, there’s a ton of people watching like 40 years worth of videos on Periscope.

The title of your scope is essential if you want people to click on your scope and watch it.

Imagine you’re at a karaoke bar, and you want to do a live scope of yourself singing. Now, what title do you think you should put for your scope?

It would have to be something really sexy, which would attract people. For example: “How To Karaoke Like Your Life Depends On It”

Think of the usual linkbaiting titles – the kind that makes anyone reading want to click in and watch.

TOP TIP: Including emojis in your scope titles helps it stand out and be much more attractive. 😉

#3 – Speak about the current hot topics

I noticed that for a lot of the top Periscopers right now, their topic is on how to use Periscope and get more hearts, or a larger audience.

Think about this: who makes the most money during a gold rush?

It’s not the gold miners, let me tell you. It’s the people selling the mining picks and shovels during the gold rush.

Now, if Periscope is the current gold rush, then the people who are going to make the most out of it are those who are talking about the current hot topic… which happens to be Periscope.

So make sure you hop on board the bandwagon for the latest hot topic when deciding what to talk about during your scope.

#4 – Eliminate all distractions while scoping

I actually made this mistake during my first scope: I forgot to get rid of anything that could distract me during the stream.

You’ll want to make sure your phone is set to airplane mode while scoping so that no calls, emails or messages can come in. 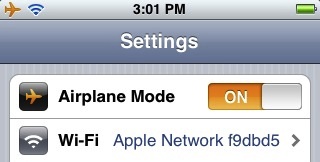 You can still scope as long as you enable Wi-Fi.

#5 – Don’t record yourself in the first 2 seconds

What Twitter and Periscope actually do is create a thumbnail to represent a preview of what your scope is about.

So in the first 2 seconds of your scope, don’t record yourself – otherwise the thumbnail would appear to be a talking head.

Instead, show people your surroundings for the first few seconds, then start talking, and once you’re into the stream you can flip the screen and record yourself. If you’re going to be a Periscoper, you need to have good sound quality for your scopes.

For me, I bought this top-of-the-line mic that I bring everywhere with me that cost about USD$500.
It’s a Sennheiser MKE2 digital.

Of course, I understand that’s actually quite a fair bit of money.

So if you’re just starting out, or tend to record indoors, you probably won’t need a mic like this. You could get something more economical, or do indoor streams… at least until you’re ready to move forward and get serious.

#7 –  Welcome your viewers in the first 3 seconds

Even if you broadcast your stream, it can take time for people to come in.

So greeting people and welcoming them at the start of the stream is a great way to stall for time until more people arrive and are ready to start watching your awesome content.

#8 – Interact with your viewers

As a speaker, I’ve noticed that it comes down to 3 types of speaking:

You want to be at level 3 – where you involve your audience and speak with them.

#9 – Recap your key points every 5 minutes

Because this is a live stream, people will be coming in every few minutes, joining in the middle of your stream.

As such, you’ll want to acknowledge them and keep recapping your key points for them so that they can follow along.

#10 – Ask questions that has one-word answers

It could be the case that someone is listening to you while they’re driving, or preparing a meal.

So you want to ask one-word questions, for example:

This will allow more people to respond, even if they’re busy.

Showing your surroundings shows your lifestyle.

One thing the top Periscopes do is they’re constantly on the go, showing off their lives and the places they visit.

You don’t want to just be another talking head, so make sure to show people more than just your face – for example, your room, hotel room, the view outside your window and so on.

#12 – Increase your Periscope following and hearts

This is really important, especially when it comes to the Internet and presenting. Having a larger following and more hearts will make it easier for people to find your stream on Periscope, which in turn will help you get more views.

Ask for the swipe.

You will want to get your viewers to share out your scope with their Periscope and Twitter followers.

You can say something like this to get them to do so:

“For those of you who got value out of this scope, I’d like you to swipe up and click on Share (on an Android device). If you’re on an iPhone, you can swipe left or right and click on Share, if you feel that this can add value to your followers.”

Rule #1: Ask and you shall receive. If you don’t ask, the answer is always “no”.

#13 – Keep your head on your right of the scope This is because when people tap and send hearts, it will appear on the right side of the screen. So you don’t want your face to be in the way – especially if you’re on landscape mode.

#14 – Avoid speaking when you flip the camera

This is because when you flip the camera, the audio pauses for a few seconds, and people won’t hear anything you say.

So if you need to flip the camera, just pause for a few seconds before speaking again.

Once again, if you don’t ask, you won’t receive.

If you ask for hearts though, you’ll find that people are more than happy to oblige you.

You could say: “If you found this Periscope session useful, just tap your screen so that I know it brought value to you.”

And once you get the hearts, remember to thank your audience for them.

The easiest way to do this is to invest in a tripod, or a holder.

That also helps because you won’t get tired of holding the phone during your scope, and your video won’t be bouncing all over the place when you move.

This is because there may be people who are watching you (or your replays), but not following you. You want to keep them excited and interested in following you.

So for example, when you leave your scope, you could say: “So today we’ve covered 18 strategies for dominating Periscope. In my next scope, I’m going to be on stage in front of a few thousand people in Oslo, with big names like Robert Kiyosaki and many others. I’m going to be talking about speaking, so if you’re interested in learning more about speaking in front of large audiences, you want to make sure that you’re following me…”

That way, people know what you spoke about, and what you will be scoping next.

#18 – Save your broadcast and repurpose it

Record your scope or find a way to download it, so that it won’t be wasted.

You can repurpose it as content for your blog or social media – which is actually what I’ve been doing in order to maximize my content.

You can search online for how you can save your scope – just look it up on Google or YouTube.

Implement what you’ve learned here and let it skyrocket your results on Periscope.