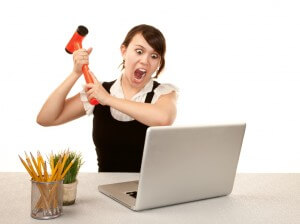 So it happened. A server meltdown during a launch.

I couldn’t believe it.

My team was in chaos.

We launched Shoe-In Money and received over 200,000 hits in the first 2 hours. Everything was going as planned. The feedback for phenomenal. Cheers and drinks and obnoxious pats on the back all round. And then out of nowhere. Disaster struck.

It’s happened to so many before and as such we were prepared. In my opinion, over-prepared.

We had taken the highest end package in Media Temple because Hostgator hadn’t been able to handle our previous big ticket launch.

On top of that our sales video is hosted in YouTube.

As an added precaution every single image and graphic is on Image Shack.

And furthermore the members’ area videos are all on Vimeo.

What that means is we were only hosting TEXT. Yup. Never would I have thought that with just text, our server could crash.

Well, the good news is that the site is back up, doing great and we’ve scheduled a debriefing with Media Temple to understand what triggered the downtime. Of course to make sure it doesn’t happen again.

So the moral of the story is…

Even if you have all your bases covered with extra players in the pen, you can’t predict the weather. One thunderstorm and your game is rained out.

All you can do at that point is hope for the best and try not to beat the crap out of your PC with the closest baseball bat available.