The foundation of a successful business lies in taking calculated risks. And for the most part that’s how I roll.

…not so much when it comes to downright gambling. With Chinese New Year around the corner, my gambling senses are tingling. And that makes me recall a certain episode in my uni days when I came this close to winning a quarter of a million pounds. 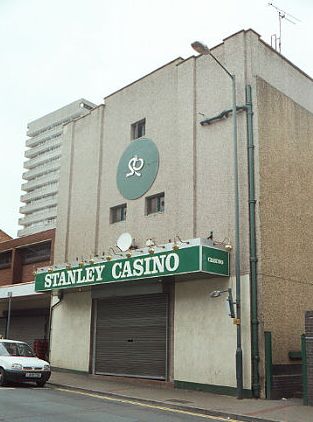 I was a freshman living in the UK and I had developed an awesome habit of frequenting Stanley Casinos in Coventry. Because I was only 17 at the time, I had a fake ID made and enjoyed my time losing tuition money on a consistent, yet incredibly epic basis. So I was playing Caribbean Stud Poker, and the progressive jackpot had hit £250,000. Well here I was playing, and I shit you not, I was dealt a hand of J, Q, K and A… all of them clubs. Holy crap. It was another club.

Another slow slide to see the how many symbols were on that card… You see, I already knew that four club symbols on the side meant it was either a 9 or a 10… And yes. As I slid my card a little further… There were four symbols on that card. At that point my odds of winning jumped to a 50/50 probability.

My heart was racing, I could barely contain myself. I was faced with the very real possibility of going home with a quarter of a million pounds right there and then.

I just couldn’t take it. The anticipation was ridiculous. It hurts! It hurts to think how close I was to that cash. Ohmygod.

But then… when I really think about it.

If, in some parallel universe I had gotten that royal flush and hit the jackpot. I imagine that I would definitely have spent all that money by now. Likely just flunked out of uni. Not bothered to get into Internet marketing. Wouldn’t be running my own company. Wouldn’t have any of the luxuries I have now.

So… I guess it was for the best that I left the casino with £50 and a painful aura of wtf.

But… I would have gotten laid so much more. Damn.

Anyway. Silver lining in every crappy situation, there is.

If you lose out, believe that there’s something better coming your way. Happy Chinese New Year!