This Post Leads Up To A Tough Mudder Resolution Another 365 days bite the dust and I can’t help but look back at the ups and downs that were 2013.

For those of you who follow my blog, you’ll already be aware that I am a huge believer in New Year resolutions.

Remove the hype and what you’re left with is a checklist of targets that will make you a better person. How is that not a good thing?

At the start of 2013 I wrote a list of resolutions, separated into three categories: professional, personal and miscellaneous.

One of those resolutions was to publish my book.

And though technically it won’t be published until February next month, I did finally get down to writing and completing it. *self-five*

And that counts as a completed resolution by the way…

Anyway, I brought in the New Year snowboarding in Korea with friends.

It was exhilarating, adrenalin-pumping and rewarding, with plenty of opportunities to crash and burn.

Maybe not literally, but there’s definitely a danger of seriously injuring yourself in the process.

And that pretty much sums up the industry of making money online, working from home and being your own boss.

If there’s one thing I learnt from 2013, it’s that you’re always going to make mistakes that will put you behind.

What’s not ok is making that same mistake repeatedly until you get stuck.

Learn and improve. And that’s what resolutions are to me.

So here are my resolutions for this year.

Yes, that’s been on my list for a long time. And I actually checked it off last year.

But. Technically it’s not published. Yet. 2. To speak at the National Achievers’ Congress.

Now this would be epic considering how I started out two years ago. My first public speaking gig I didn’t sleep for a week and puked twice before going on stage.

And I did mind-blowingly badly.

3. Release a Work From No Home sequel.

It’s been a long time coming. And WFNH is definitely my baby. But it’s about time to add to the brood.

We started out as a 5-man team.And now we actually have female employees!

I’m joking. No, I mean we really do have female employees.

What I mean is, we ended the year with a team of 17 Smobblers and I’m looking to double that figure this year.

As well as revenue and blah blah.

So those are my professional resolutions at a glance.

Here are a few of my personal ones.

6. Fitness. Focus on CrossFit. Improve my numbers. I have a pretty low profile fitness blog to track my numbers.

These are my current numbers:

My current weight is 59kg. If these numbers don’t make sense to you, it’s ok. Just know that I am stronger than you. No, not really. For the time I’ve spent doing CrossFit, I’m pretty weaksauce. I blame the gene pool.

And get 6-pack abs. Now this, 6-pack abs, has been on my list of resolutions for SEVEN YEARS RUNNING!

I thought that admitting that last year would be enough to make me accountable to actually doing something about it. But… this time I’m really really really going to achieve this.

Watch this space this time next year. You’ll be cowering in awe at the splendors that are my rock-hard abs.

Haha. And here’s a quickie for 2015’s resolutions (yes, I plan way ahead of the game). I want to complete Tough Mudder, quoted as being the “toughest event on the planet.”

This hardcore 20km obstacle course includes 10,000 volts of electricity and was designed by British Special Forces.

But that’s for next year. 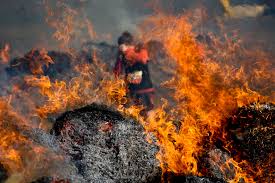 Leading up to Tough Mudder, I will complete a marathon this year.

New Year’s resolutions are legit when they’re measurable, targeted and you make yourself accountable for them.

I’m going to make it happen. How about you?