If there’s one differentiating factor between successful people and those who aren’t, it’s this: attitude.

Bad things happen all the time. Everyone faces problems throughout their lives. No one is immune.

While many give up at the first sign of trouble, put it down to bad luck, shrug their shoulders and say, “Well, I did my best…”

Those who succeed are the ones that power through and focus on solutions.

You see, successful people have the same amount of problems as everyone else.

It is not about what happens to us, it’s about how we react to things that happen to us.

You can’t be in control all the time. It’s inevitable that things you never saw coming could disrupt your everything. 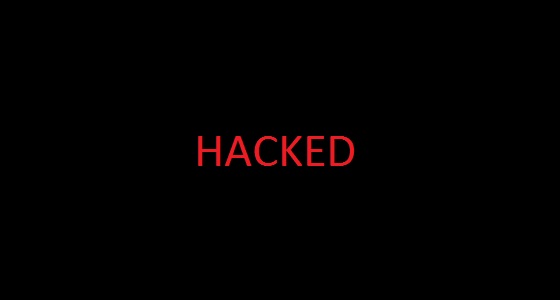 On Saturday 14th June, all my websites got hacked. Over 600 of them.

That weekend, my team and I were away from home, in Singapore, on the second last day of my workshop Internet Income Intensive.

At around 11pm, my team arrived at their hotel after a grueling day of coaching that had begun at 6am that morning, to find that all our sites had been taken over.

Away from our office, with limited Internet connection, they gathered in the lobby pulling resources from the most unexpected places to recover as many sites as possible late into the night. They worked non-stop until 3am, recovering sites and moving them to new servers. The only reason they stopped was because there simply wasn’t anything more they could do at that point. At 6am they were up again and back in the seminar hall, coaching participants and running Internet Income Intensive.

As an internet marketing company, this was by far the most catastrophic event that has ever happened to us, and it couldn’t have come at worst time. Overseas and in the middle of my seminar.

Yet we pulled through.

Once back in Malaysia, again the team stayed back after their regular work hours til close to midnight.

Now what you need to know it that not every member of the team is technical. I certainly am not.

But they came together; copywriters, graphic designers, customer support, SEO specialists, interns… Everyone took to their computers and followed along to recover the rest of the sites that were hacked. We set it up classroom style with the projector connected to the laptop of our resident “Tech Boy Wonder” – Eli. The list of hacked sites was separated, shared and distributed to the team. And one by one we went through them all to recover the data. A quick pizza break for dinner and the team were back at it. So here are the lessons learned:

Something similar happened to me before… Six years ago I lost all my data.

I wanted to format my external hard disc, but accidentally formatted my local hard disc instead. It was painful to say the least.

A data recovery specialist was able to recover 80% of my data at the cost of RM3,000.

Ever since then I ALWAYS back up my data.

The most reliable way, which is what I currently use, is Google Drive. I have a 2TB plan. Everything is synced with cloud in real time.

For WordPress sites, I use Vaultpress. Starting price is $5/month for daily backups.

2. Have Better Security In Place

Some of my passwords have never been changed since they were set up 7 years ago.

Guys, use encrypted passwords. And don’t use usernames like “admin.”

That’s a personal challenge for me since I have over 600 websites with different usernames and passwords.

A great way to keep track of things is using a software such as “Roboform.” Google it. All I need is one master password and it stores the rest in the encrypted software. Military grade.

Look, if sites like AWeber, iContact, GetResponse, and all these other huge companies can get attacked by DDOS… the chances are if you happen to be chosen as a target, there’s absolutely nothing you can do to stop it.

The best offense is a good defense.

At the very least you need to have the minimum measures in place. Again, if you’re on their hitlist, your sites will go down.

Remember that what’s important is what you do and how you plan to recover from it.

Everyone can be a great captain when the seas are calm. The real captains of the ship are tested during the storms.