So as I mentioned in my previous post, I held my signature seminar last weekend – Internet Income Intensive. This is the second year running that my team and I have organized the seminar.

Despite our prior experience and preparation leading up to the event, there were still a lot of bumps on the way.

And that was just the beginning of the rocky ride.

From the start, my main concern was Internet connection. 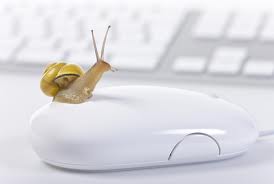 Malaysia came in 45th in desktop speed with an average 14.3 second loading time for web pages. And 40th in terms of mobile speed. That’s out of 50, don’t forget.

So yes, Internet connection was my primary concern.

As I mentioned earlier, my seminar is more of a workshop. Where I have 70+ participants all creating their websites with me. It’s one IP. For dozens of people.

I was so frustrated when I held my first seminar. Just to sign up for Clickbank, something that would usually take 30 seconds, took over 30 minutes.

So I had my team scout out for a hotel that had the best Internet connection in Malaysia. And I thought we had a winner. Man, was I wrong.

I wanted to show the audience how to embed a YouTube video on to their new websites. Impossible. Registering for PayPal? Forget about it.

The next hiccup we encountered was a direct result of the slow Internet connection.

We ran off schedule. 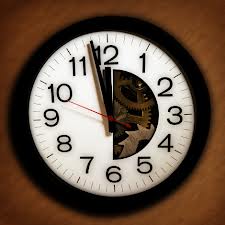 The hall had been booked until 5.30pm. By 7pm we were still inside going through further techniques and strategies.

While I was on stage teaching, my team were scrambling and negotiating with hotel officials.

The hall had been booked and another event needed to be set up.

I stepped out while the participants were busy working on their sites.

It was chaos, mayhem, bloodshed and the apocalypse blended into one ugly scene of carnage.

But the situation wasn’t pretty. Luckily we managed to smooth things over and were allowed a little extra time to wrap up.

As soon as the final group pictures were taken at the end of the seminar, my team went into hyper-drive and swept through the hall. They cleared, dismantled, packed and moved out. Other blips along the way included the fact that the hotel parking was atrocious and participants were coming in late because there simply wasn’t enough space to park. Also, the sound system totally failed on the first day and there was this consistent high pitched buzz when the mic was on. And participants were required to bring a laptop and complete a pre-training course. Some didn’t.

All these little things alone aren’t really a big deal. But when they’re combined, they turn into quite a monster.

Even so, I don’t think I’ll ever stop holding seminars. It’s such a great experience being able to help others and actually be there when they make their very first sale.

I’ll be speaking again in the coming months. And my team and I have already run through all the different ways we’re going to make the next one bigger, better and way more awesome!