Increasing Conversions By NOT Lowering Your Price 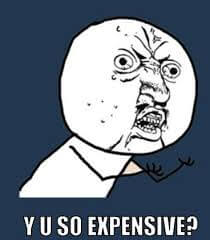 Have you ever felt like you really really want something and it’s crazy awesome and you would totally buy it… if it wasn’t sooooo expensive?

Price is often the one thing that stops people from clicking that “add to cart” button. And it shouldn’t be. Because the value you’re offering should far surpass that price point. But that’s not for consumers to figure out once they’ve purchased.

That’s your job as a marketer to present.

In a nutshell, you want to sell the benefits through clearly explained videos and undeniable social proof.

Yet, prospects will likely pause and rethink their decision to fill out their credit card details when it comes down to crunch time because their mind goes back to that price and affordability.

I know it’s hard to sell to people. I often struggle with it myself. Because we’re asking people to give us money. But if your product is really great, and worth it, and priced appropriately, then you need to put that personal discomfort to the side.

Often, I see peers panic at the sight of low-to-no conversions and what they immediately do is drop their price or offer discounts. Don’t do that. Don’t cheapen your product or brand. If you know that it’s worth the original price you set, don’t change it because you’re nervous of how prospects will react to it.

Instead, try out different price positioning strategies that will flip the mindset of your prospect, by presenting the price in an alternate way.

1. Spread The Price Over Time

Rather than lowering your price point, you simply divide a large fee into a daily or monthly price. This is something that many NGOs do when looking for donations or suggesting “adoptions.” Think WWF and UNICEF. Obviously you wouldn’t actually be paying that amount daily. It’s likely a monthly rebill or even an annual lump sum. But by presenting it in a way that seems incredibly cheap per day for the immense value you would be providing, prospects will be more inclined to part with their cash.

This strategy can also be used with digital products.

2. Spread The Price Over Time And Compare It To A Tangible Item

Just like the strategy above, you divide the sum into a monthly or daily fee, and then compare that to something your prospects likely spend on carelessly. This works really well because rather than dealing with numbers, people will have an actual item in their mind that they can relate to wasting their money on.

So for example, let’s say tickets to your seminar cost RM4,000. That sounds like a big sum of money to spend at one shot. Divided by 365 days in a year and that comes down to around RM10 a day. The price of a cup of coffee at Starbucks.

Sell your prospects on the fact that for the price of a daily cup of coffee, which you’re already spending money on, you could be learning about _________ (insert your area of expertise). It will make the world of difference in the way your audience perceives your (initially high) price point. 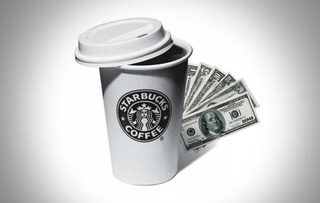 The trick here is to make sure you pick an item that people consider unimportant, rather than something necessary or with lasting value.

This is dependent on your target market. If your prospects are students, stuff they probably blow their money on could be movie tickets, instant noodles or, I dunno, a manicure. But if the target market is small business owners, you would get a better response to things like ink for the printer or hand soap and other cleaning products that are necessary but irritating costs.

People still get a block when it comes to purchasing a digital product. Whether it’s a digital download of a PDF e-book or a membership to a website, it can be mind boggling to the prospect to get their head around the fact that they’re paying so much money for something they can’t touch or hold. 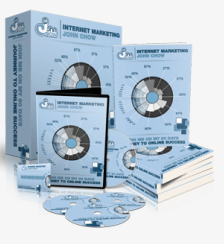 IM John Chow is actually a 90-day video series that is accessed through a membership site. To give people a visual of what they would be getting, my graphics team came up with the image above.

So create a product image of your digital product. If it’s an e-book, have a beautiful cover designed. If it’s a membership site, you could do a membership card, DVD box set, booklets etc.

It’s only once the purchase is made and the customer receives the information they were looking for, that they’ll see the value of the product without needing that tangible item.

4. Play With The Graphics

According to a study by Cornell, diners actually spent more money when the dollar signs were removed on the menu. I’m not sure what the science behind that is.

But nevertheless, Neiman Marcus uses this strategy on their high ticket items. They take away the dollar sign.

Also, by using a smaller font on the price, another study found that conversions increased. Keep the focus on the benefits that you want to hook the prospect with by positioning the price away from the points of value you are giving away. Finally, I know I said not to lower your price, but multiple studies have shown that subtracting a penny or dollar from the overall price can work miracles. Drop a $20 item to $19.99 and your prospects will feel that it’s a huge difference. While $99 registers as far more reasonable than $100.

5. Compare It To Something More Expensive

The contrast effect is effective. To make your price look reasonable or even look like a steal, place a crazy expensive product that is similar to yours next to it.

A study by the Journal of Marketing Research showed what happened when this strategy was put into practice. A Williams-Sonoma bread maker which retailed for $275 was suffering from low sales. So they placed a similar bread maker priced at $429 next to it. The result was that sales of the $275 bread maker soared and nearly doubled. It’s a win-win situation. Because by introducing the higher priced item, there’s a chance that you may make sales on that too. But the goal is that the original product will suddenly seem incredibly affordable to the prospect.

If you have tier style pricing of a certain product, start with the most expensive package. I’m thinking software, hosting, services.

When your prospect starts off seeing the most expensive package, the one following is will seem much cheaper. I mean, just by looking at this and the way it’s presented, $100 a month doesn’t look so bad compared to $150 a month. But if you were to reverse it, then $100 a month becomes hugely more expensive than $20 a month. Yes or yes?