How to Create a Product in an Unfamiliar Niche 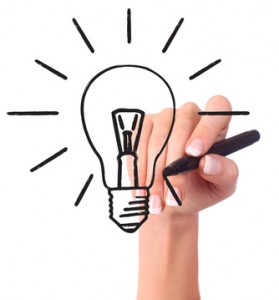 Product creation for many can feel like an impossible feat.

The majority of people simply don’t know how to create their own product because they feel they don’t have the expertise.

Well, here’s the thing. My dirty little secret. To create a great product… you don’t need to be an expert.

There are a million ways to go about it. Find a niche. Come up with an idea for your product. If you feel that you don’t possess the skills to execute it, outsource. Alternately get a JV partner and offer profit sharing.

Yesterday I started work on a new product, in a niche I have never touched, Paleo.

For those of you who are unfamiliar with Paleo, it’s basically a diet based on what our hunter-gatherer ancestors are believed to have thrived on during the Paleolithic era. It includes meats, fish, fruits, vegetables, seeds and more. Cutting out dairy, cereals, processed food and pretty much everything that cavemen wouldn’t have had access to.

Now I’m personally not on the Paleo diet. Nor did I know a whole lot about it when I first started this project.

What I did know was that it was a niche that was growing in an upward trend.

It has become the choice diet for CrossFit, an exercise program that has seen a massive burst in popularity over a few short years. Just to give you an inkling to the heights that CrossFit is heading, the annual CrossFit Games were first held in 2007 with the top prize money of $500. By 2011 it had skyrocketed to $250,000. Backed by Reebok, anything that CrossFit touches is set to soar.

So that’s why I chose Paleo. Even though, in truth, I am really quite clueless about the whole thing.

After a couple months of research, delving into Paleo itself, as well as competitors in the field, I finally got my team together to start filming. It was a simple set-up. A beautiful, professional kitchen that I rented, fresh produce, a chef and a video camera.

Now when it comes to product creation, you should do what feels best for you. However I strongly recommend that you implement one very crucial thing.

Videos provide a much higher perceived value. So immediately your product is going to be worth more to the consumer. Think low cost, high returns.

Everyone is so comfortable with banging out text that you have to step it up.

Differentiate yourself from the rest of the pack.

When performing your keyword research for your product, if it’s in a niche that is not over-saturated, look at whether there are videos that show up in the displayed results.

I guarantee that if you shoot a video with your long tail keyword in the title, you’re going to be ranked high.

Since Google acquired YouTube, preference is made towards videos. So grab this opportunity and give yourself that unfair advantage over those who are not willing to go the extra mile by producing a video. It doesn’t have to reach Hollywood standards. I’m not asking you to be the next Spielberg. Just talking into your webcam, or adding a voice over to images is more than enough.

Videos are a traffic generation tool. It’s an easy passage to top ranking.

In a previous post I touched briefly on Shoemoney’s new book, Nothing’s Changed But My Change: The Shoemoney Story.

It truly is a great read, and I urge you to pick up a copy for yourself.

Shoe talks about the importance of being willing to do what others will not. And that is what has made him a success. To step out of your comfort zone, put in that little extra 5% and do more than your competitors. That’s what will set you apart.

So invest time to make videos, whether it’s for your product or marketing project.

On a final note, experts are a dime a dozen. They can have the best product on the market but never see a single dollar in revenue. And the reason for this is because their business plan doesn’t work. Their marketing strategy is non-existent. That’s where people like you and I come in. That’s our strength.

Don’t get caught up in the nitty-gritty parts of product creation. Don’t shy away from it because you’re not an ‘expert’. Keep your focus on your marketing strategy and you’ll be a surefire hit.